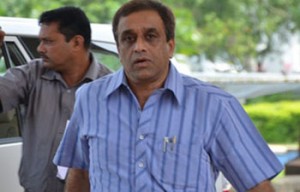 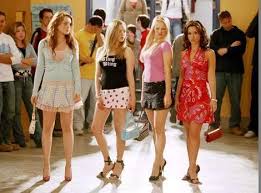 PANAJI: A senior minister in Goa’s BJP-led government has said “young girls going to pubs in short dresses is against our culture”, backing controversial activist Pramod Muthalik, who is notorious for trying to impose medieval-style diktats against what he calls “cultural invasion.”
“Scantily dressed girls visiting pubs project wrong culture and this should be stopped. It does not fit in our culture. What will happen to our Goan culture, if we allow this?” said Sudin Dhavalikar, Goa’s Public Works Department minister and a leader of BJP ally Maharashtrawadi Gomantak Party.
Mr Dhavalikar, 57, added, “Whatever Muthalik is saying is not wrong. He is not speaking against any religion. Everyone has a right to speak about his own religion.”Pramod Muthalik’s Sri Ram Sene is best known for its assault on women at a pub in Mangalore in 2009. Women were dragged by their hair, slapped and manhandled by Sri Ram Sene activists, who accused them of “loose morals.”
In March, just before the national election, the BJP disowned Mr Muthalik five hours after inducting him into the party, to stop the deluge of criticism from its rivals.But the BJP’s reservations are clearly not shared by its ally in Goa.Mr Dhavalikar said: “Muthalik is against pub culture and he is right in opposing it.”
The minister also said he would not stop the Sri Ram Sene chief from setting up a unit in Goa, a demand by the state Congress.“You cannot ban anybody going anywhere. I can go anywhere in India. There are many NGOs operating in Goa and Sri Ram Sene would be yet another NGO. We will not tolerate any attempt to create any law and order problem in the state,” the minister said.He also compared the Sri Ram Sene with another BJP ally, Shiv Sena.
“Sri Ram Sene is like Shiv Sena was earlier,” Mr Dhavalikar said, referring to Sena’s campaign against Valentine Day celebrations, which it describes as alien to India’s culture.