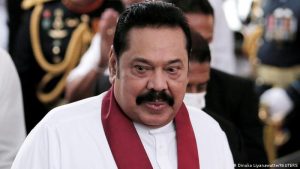 COLOMBO: In a important development Sri Lanka court bans Former PM Mahinda Rajapaksa, allies from leaving country
The magistrate in the capital Colombo also asked police to investigate Monday’s mob attacks on peaceful protesters, which led to retaliatory violence that claimed nine lives and caused widespread destruction
A Sri Lankan court on Thursday banned former prime minister Mahinda Rajapaksa, his politician son Namal and 15 allies from leaving the country over acts of violence against ant -government demonstrators. According to a report by AFP, Sri Lankan President Gotabaya Rajapaksa was set Thursday to name a new prime minister, hoping to assemble a unity government after weeks of anti- government protests triggered by a dire economic crisis turned violent. The attack triggered a wave of violence and destruction across the country. At least nine people lost their lives since the unrest started.
However, while the mooted new prime minister — five-times ex-premier Ranil Wickremesinghe Yesterday night, President Gotabaya Rajapaksa pledged to give up most of his executive powers and set up a new cabinet this week.and his cabinet can be appointed without a vote, it was unclear if he will be able to get any legislation through parliament. In a televised address to the nation on Wednesday night, Rajapaksa stopped short of yielding to weeks of nationwide protests calling for him to resign over the country’s worst economic downturn since independence, AFP said.

Protesters have sprayed graffiti over Mahinda Rajapaksa’s home in a southern town and ransacked a museum dedicated to his father. They have vowed to keep up the protests until the president also quits. But in a bid to win over the opposition demanding he quit before agreeing to any new government, the 72-year-old pledged to give up most of his executive powers and set up a new cabinet this week. “I will name a prime minister who will command a majority in parliament and the confidence of the people,” Rajapaksa said in the televised speech. Rajapaksa, who has also previously served as president, is the elder brother of the current president, Gotabaya Rajapaksa.
Mahinda Rajapaksa, the president’s brother, resigned as prime minister on Monday after his supporters attacked anti- government supporters who had been protesting peacefully for weeks. This marked a turning point and unleashed several days of chaos and violence that killed at least nine people and injured more than 200, with dozens of Rajapaksa loyalist homes set on fire, AFP said in a report.

Security forces patrolling in armored personnel carriers with orders to shoot on sight anyone engaged in looting or violence have since largely restored order .Mahinda Rajapaksa has been holed up at a naval facility since stepping down as prime minister.  After resigning, the 76-year-old Rajapaksa was whisked off by heavily armed soldiers to a naval base on the east of the island.
The monthlong protests have consistently called for the Rajapaksas to leave power. A recent cabinet shift, seen as an offer of compromise, removed a few family members from ministerial positions in the cabinet, including Mahinda’s son Namal. The prime minister only stepped down on Monday after a mob of loyalist supporters came out of his compound to confront the peaceful protesters camped out in front of it with clubs and sticks. The violence left at least 225 people hospitalized.
Bureau Report with Agency Inputs) 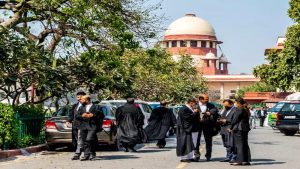 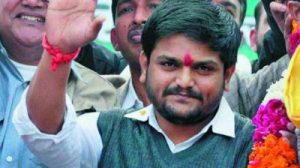