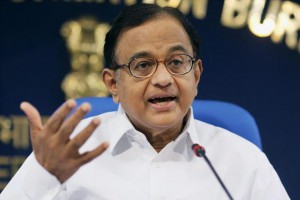 NEW DELHI/MUMBAI: Former Home Minister P Chidambaram today admitted to having made “editorial” changes to the affidavits filed in the Ishrat Jehan case.Mr Chidambaram was replying to a question at the launch of a book “Standing Guard – A Year in Opposition” written by him at a hotel in Mumbai.

Mr Chidambaram further said: “It was drafted, went to the attorney general, came to me. I, with a compulsive habit of all lawyers, made small ‘editorial’ changes. This is a habit of all lawyers. Any lawyer would put a comma here and there or strike out a word.”

“I don’t think any of the files that came to me went back without making a change. That is a habit to make small changes here and there. Then the file went back to the home secretary. The files passed the home secretary’s table at least three times,” the former home minister said.

“And now they say those papers are missing. To whose advantage has the vetted draft gone missing? I want the vetted draft. To whose interest is to say that the draft is missing? There is nothing to hide. I think the mystery has been unravelled now,” he added.

Former home secretary GK Pillai had also claimed that there was “political interference” in the case which led to the deletion of reference to Lashkar-e-Taiba from the revised affidavit filed in 2009.
On March 10, the Home Minister had told the Lok Sabha that “two letters from the then home secretary to the attorney general in 2009 have gone missing. The then attorney general had vetted two affidavits regarding the case. Those are also not available”.(With Mumbai inputs)