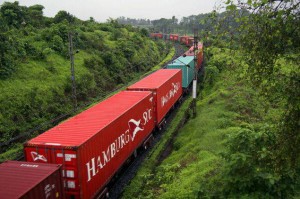 NEW DELHI : Moving ahead with the economic reforms, the Cabinet on Wednesday cleared the long-delayed proposal for raising Foreign Direct Investment (FDI) limit in Defence to 49 per cent and fully opened up the Railway infrastructure segment, like high-speed trains, for foreign investment.
FDI ceiling in the sensitive defence sector has been hiked to 49 per cent from current 26 per cent, with the condition that of the control in joint venture manufacturing defence equipment will remain Indian hands.The move is aimed at boosting domestic industry of a country which imports up to 70 per cent of its military hardware.
The proposal had been pending for several years as it was first mooted by the Commerce Ministry during the previos UPA government. However, the then Defence Minister A K Antony had blocked it, citing national security concerns.The NDA government has been arguing that the FDI limit needs to be hiked in defence to help expand the domestic industrial base in the sector.
The Cabinet also approved a proposal to open up cash-strapped railways to foreign investment by allowing 100 per cent FDI in areas such as high-speed train systems, suburban corridors and dedicated freight line projects implemented in PPP mode.
The FDI liberalisation in the sector would help in modernisation and expansion of the railway projects. However, FDI will not be allowed in train operations and safety.
According to estimates, the sector is facing a cash crunch of around Rs. 29,000 crore and allowing of FDI will help mop up resources.