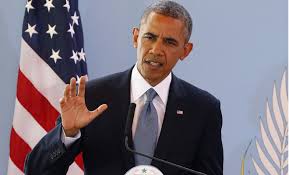 WASHINGTON: In a major move that could benefit Indian tech firms and their employees, U.S. President Barack Obama has eased the process to obtain L-1B work visas for corporate executives to attract foreign investment and bring workers with specialised knowledge to the country.
“I’m pleased to announce a new action. I’m also taking to make it easier for global companies, who are present here today, to launch and invest in the U.S.,” Mr. Obama said in his address to the SelectUSA Summit in Washington.“My administration is going to reform the L-1B visa category, which allows corporations to temporarily move workers from a foreign office to a U.S. office in a faster, simpler way.”
“And this could benefit hundreds of thousands of non-immigrant workers and their employers, that in turn, will benefit our entire economy and spur additional investment,” he said.Such a move, Mr. Obama argued would attract larger foreign direct investment to the U.S. A large number of Indian companies are participating in the SelectUSA Summit aimed at increasing U.S. exports and attracting more foreign investment into the U.S. Large scale decline of L-1 visas was a major hindrance in Indian companies investing in the U.S.
“One of the things that would make America even more attractive to businesses and that would grow our economy and shrink our deficits, and keep this country safer, stronger, and smarter, would be a comprehensive immigration reform package,” he said.
“That’s why I’m going to continue to push and prod and poke and cajole friends in the Republican party to get on board and help us get this done. We need to get immigration reform done here in the United States of America. That’s who we are. So the bottom line is this: America is proudly open for business,” Mr. Obama said.

“We want to make it as simple and as attractive for you to set up shop here as is possible. That is what this summit is all about,” he said, and hoped that global companies would benefit from the new measures.Mr. Obama said there had never been a more exciting time to do business in the U.S. For companies considering new investment here, Mr. Obama said the United States of America was the best place in the world to do business.
“We’ve got the most skilled and productive workers, the best universities, the most innovative entrepreneurs in the world,” he said.