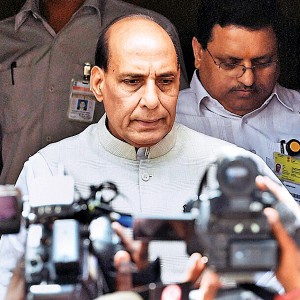 NEW YORK: Prime Minister Narendra Modi is all set to get a rock star treatment when he drives down to the SAP Center in San Jose on Sunday where he would deliver his vision of India address before a jam packed crowd of more than 18,500 people.
Modi arrives in Silicon Valley on Saturday night where he will learn firsthand the success story of iconic companies and their leaders with the objective of building a similar ecosystem of innovation and entrepreneurship in India.
In addition he would hold meetings with who’s who of the corporate leadership of the Silicon Valley ranging from Tim Cook of Apple to Satya Nadela of Microsoft, Sunder Pichai of Google and Shantanu Narayen of Adobe.
The first-ever Indian Prime Minister to visit the Silicon Valley after it became the hub of global innovation and entrepreneurship, Modi’s first engagement after the community dinner tonight would be to drive down to the iconic Tesla.
On his return from Tesla, Apple CEO would be waiting for him to have an one-on-one meeting and then Modi is scheduled to have dinner with top CEOs of the IT sector.
Among the prominent speakers at the event, before the Prime Minister lays out his vision for digital India, would be top American CEOs John Chambers of Cisco, Paul Jacobs of Qualcomm, Satya Nadella of Microsoft, Sundar Pichai of Google and Shantanu Narayen of Adobe.
Modi is scheduled to have back-to-back visits to two American IT giants Facebook and Google – tomorrow.At Facebook headquarters in Hacker Square, its CEO Mark Zuckerberg will host an online townhall for Modi which is expected to be watched live by globally.
Facebook has received thousands of questions for the event, giving a tough time to Zuckerberg to select the appropriate questions for the Prime Minister.
“This is a very important interaction because of what social media can do. India, as you know, is among the youngest countries in the world and our youth are engaging in social media in a big way, and the meeting with Mr. Mark Zuckerberg will provide an opportunity to see how we can take this forward,” said Vikas Swarup, spokesman of the Ministry of External Affairs.
From Facebook, Modi would drive down straight to the Google Campus. Here the Prime Minister will have a look at some of the inventions that Google is making in the field of healthcare, in the area of smart grid. And how Google can use its technological innovations to help power Modi’s ambitious Skill India and Digital India programmes, Swarup said.