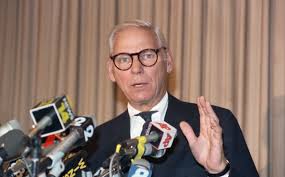 BHOPAL: Former Union Carbide chief Warren Anderson, wanted in India in connection with the 1984 Bhopal gas tragedy which claimed over 3,000 lives in one of the world’s most lethal industrial accidents, has died in the US state of Florida aged 92.
Anderson, a Brooklyn carpenter’s son who ascended to the top of the Union Carbide Corporation, died on September 29 at a nursing home in Vero Beach, Florida but his death was not announced by his family and was confirmed from public records, the New York Times reported.The Indian government made multiple requests to extradite him, and officially labeled him a fugitive. A judge also called him an “absconder”.
Anderson reached Bhopal four days after the accident, where he was immediately arrested. But after quickly paying bail, he never returned to face trial.The Bhopal horror began around midnight on December 2-3, 1984, when a chemical reaction in a plant that made insecticides caused a leak of toxic gases that swept through the surrounding community.
The Madhya Pradesh government confirmed 3,787 deaths as a result. Unofficial estimates said the death toll had exceeded 10,000.
More than a half-million people were injured, with many dying from illnesses including lung cancer, kidney failure and liver disease.In 1989, Union Carbide paid USD 470 million to the Indian government to settle litigation stemming from the disaster.
“With the support of the United States government, he escaped extradition. And he eluded subpoenas in civil cases by living quietly and migrating between his homes in Vero Beach, Greenwich, Connecticut and Bridgehampton, New York,” the Times said.