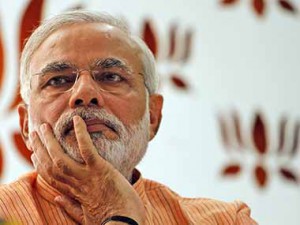 KOLKATA/DHAKA: Even as sweat-talking BJP Prime Naredra Modi flatters himself by paying compliments to media men today on success of his Swach Bharat (clean India), his diplomatic skills have received a blow “not only because Pakistan’s countless and obdurate breaking of ceasefire,’’ but an obscure Burdwan explosion incident seems set to “force his diplomatic skills’’ on Bangladesh Government’s “leniency on open secret about Jammat’s old design about Asom and West Bengal.’’

“If his diplomatic missions with US and China (also creating troubles on border issues) were successful, Pakistan wouldn’t have dared what it is doing in border area,’’ observed a top Dhaka-based columnist, adding, “he needs to focus on diplomacy more as it’s a different ball game than winning elections in the country.’’

Incidentally, Bangladesh liberals, while in politics and in media were threatened that an “anti-humanist organization as Jammat could even dare to open a corridor in a deeper South Bengal district which does not share any physical link as border either with Bangladesh or Nepal,’’ Kolkata-based intellectuals not apologist to any political party fear that Pak and B’desh outfits will drag “Bengal into an anarchy with a weak state Government and self-flattered BJP Government at the Centre.’’

“We fear our own existence as Jammat grows across the border, and Mr Modi needs to horn his diplomatic skill so that it is nipped in the bud both in Asom, West Bengal and in Bangladesh,’’ said an insider in Awami League who sees Hasina’s of late leniency as signaling major disaster for democracy.

“Yes, if Mamata Banerjee could be blamed for Burdawn village growing up as terror hideout, what Hasina was doing with her intelligence across the border,’’ quipped a former Army officer, saying, “Mr Modi need to get tough with Awami League and Bangladesh Nationalist Party as well on such issues as terrorists do not listen to sweat talks.’’