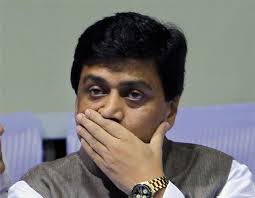 NEW DELHI : In a breather for Maharashtra’s former chief minister Ashok Chavan, the Central Bureau of Investigation (CBI) has decided against requesting the state governor to review his recent refusal to grant mandatory sanction for prosecution in the Mumbai’s multi-crore Adarsh housing scam case.
The agency took the decision against getting the decision of governor K Sankaranarayanan reviewed after seeking legal opinion on the issue, said a senior CBI official to media.
“We will not get the Maharashtra governor’s decision reviewed against granting his sanction for the prosecution of Ashok Chavan in the Adarsh housing scam case. We took legal opinion according to which a review cannot be sought on the basis of the same evidence as contained in the chargesheet,” said the official.
He said, “We do not have any new set of evidence against Chavan in the case and, therefore, we cannot seek a review of the governor’s decision.”
The official said, “The evidence we had submitted in the case chargesheet against Chavan were scientific and based on documents, but it was rejected by the state governor on grounds that they were inadequate.”
According to the agency’s July 2012 chargesheet, the former chief minister was allegedly part of the conspiracy behind the inclusion of civilians in the society originally meant for the Kargil war widows and defence personnel and for the alleged grant of additional floor space index to the society in lieu of a few flats to his relatives.

Apart from Chavan, the CBI had chargesheeted 12 others for criminal conspiracy, cheating and criminal misconduct. Chavan, however, had challenged his inclusion in the chargesheet, pointing out that the governor had not sanctioned it.A court had finally directed the agency to get governor’s sanction to prosecute Chavan.