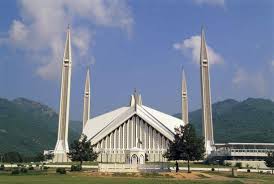 ISLAMABAD : Pakistan has said Indian Army chief Gen. Bikram Singh’s statement on ceasefire violations was provocative and regrettable. In a clear warning to Pakistan, Gen. Bikram Singh said Monday any militant who crosses the Line of Control (LoC) in Jammu and Kashmir would be fired at.
Pakistan’s Inter-Service Public Relations (ISPR) said in a press release later that it is contrary to the facts on ground. The Pakistan Army respects the ceasefire agreement in letter and spirit, it quoted a Pakistan military’s spokesperson as saying.
After the meeting between the Directors General of Military Operations (DGMOs) Dec 24, 2013, the situation along the LoC has improved considerably. Such accusation and provocative statements are regrettable and counter-productive, the spokesperson added.
The Indian Army chief in his statement Monday also said the army needed to continue guarding the troubled northern state “under the present circumstances”. ”We will fire at any militant trying to enter through the LoC,” Gen. Bikram Singh said at the annual press conference ahead of Army Day Jan 15. His comments came as reports in the Pakistani media blamed India for violating the ceasefire and firing at a civilian near the LoC.