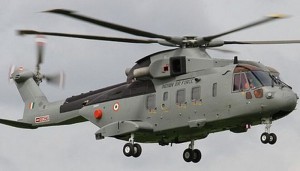 NEW DELHI: The BJP is all set to corner the Congress in Parliament on various issues like Agusta Westland, Ishrat Jahan case and Aircel-Maxis deal, as per reports.ANI quoted sources as saying that that in a meeting on Tuesday, it was also decided that specific BJP leaders will raise specific issues.
Subramanian Swamy will reportedly raise AgustaWestland issue in Rajya Sabha.On the other hand, Anurag Thakur will raise Ishrat issue and Meenakshi Lekhi will raise AgustaWestland issue in Lok Sabha.The meetings was attended by Venkaiah Naidu, Amit Shah, Arun Jaitley, RP Rudy, Prakash Javadekar and Anurag Thakur.
It took place at Venkaiah Naidu’s chamber in Parliament.In a major development, a 225-page judgement by the Milan Court of Appeals (an Italian court) has said that that there was “reasonable belief that corruption took place” in the 2010 VVIP helicopter deal.

The judgement also said that former Indian Air Force chief SP Tyagi was involved.It has a separate 17-page chapter on SP Tyagi. Tyagi was IAF chief from 2005-07 when VVIP chopper deal was processed.
As per a report in a National Daily , the court also said it was “validly proven” that a part of $10-15 million in illicit funds made their way to Indian officials.
On the other hand,  BJP today used the conviction of Italian officials linked to the VVIP chopper scam to target the Congress and asked the then Defence Minister AK Antony to name the party leaders allegedly involved in the scandal.The party wanted to know who were the bribe takers after those who gave the bribe were convicted by an Italian court.
Addressing a press conference, Union Minister Ravi Shankar Prasad said Antony had in March 2013 said corruption had taken places in the purchase of VVIP choppers and that bribe had been taken. He asked Antony to come clean on it.
“Bribe givers have been convicted. Why are bribe takers silent? Antony should answer if leaders of Congress are involved in it or not. Are they from your party or not? Please come out clean,” he said,