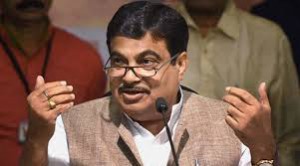 NEW DELHI: Union Minister Nitin Gadkari on Wednesday opined that blaming Prime Minister Narendra Modi and BJP president Amit Shah for Bihar election results was unfair.Speaking to the mediapersons, Gadkari said, “BJP is a party of workers not of a family,” adding that “a win is for everyone and so is a loss.”
While ruling out Shah’s ouster as BJP president in the wake of Bihar election defeat, Gadkari demanded stringent action against those making irresponsible statements against the Prime Minister and party chief.The Union Minister’s statements came a day after BJP veterans LK Advani, MM Joshi, Yashwant Sinha and Shanta Kumar demanded that accountability be fixed for the Bihar poll defeat.He said when the party faces defeat, everyone talks of a review but when it wins, no one demands analysis.
On BJP veterans LK Advani, Murli Manohar Joshi, Yashwant Sinha and Shanta Kumar issuing a statement demanding a thorough review of the reasons for the Bihar rout, an act seen as a revolt against the leadership of Modi and Shah, Gadkari said “We will talk to Advaniji on the issue.”
“Bihar results show that no lesson has been learnt from the fiasco in Delhi. The principal reason for Bihar defeat is the way the party has been emasculated in the last year. The review should cover the way the party is forced to kow-tow to a handful and how its consensusal character has been destroyed,” the party veterans were quoted as saying by a News Agency pti.
“The review must not be done by the very persons who have managed and have been responsible for the campaign in Bihar. To say that everyone is responsible for the defeat is to ensure that no one is held responsible,” they further added.
Seeking to defend its leadership from the attack by its veterans, the BJP tonight tried to put the ball back in their court, saying the “healthy precedent” of collective responsibility for poll victories and defeats was set by Atal Bihari Vajpayee and LK Advani himself.

In a statement issued by former BJP presidents Rajnath Singh, Venkaiah Naidu and Nitin Gadkari, the party said: “We have read the statement issued by some senior members of the party. Obviously, all party members are concerned with the results of the assembly elections in Bihar.”
Coming out in support of PM Modi, Rajnath Singh, Naidu and Gadkari said the party won the Lok Sabha elections last year under Modi’s leadership.
After 2014 General Elections, BJP leadership had dropped the veterans from the parliamentary board and formed a new committee Marg Darshak Mandal to reinstate them. This drew flak from the Opposition which went on to say that they have been put in an old age home.