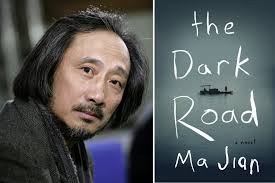 BEIJING: The executive vice-minister of the Chinese ministry of state security and one of the top spy chiefs in the country, Ma Jian has been arrested on charges of corruption, the South China Morning Post reported Monday.
Mr Ma’s arrest, which is yet to be confirmed by the official media, could be due to his involvement in the activities of a technology firm investigated by Chinese authorities, according to the newspaper, which quoted sources with direct knowledge of the case.
Mr Ma worked more than 30 years in Chinese espionage network and in 2006 became one of the most powerful officials in China when he became the vice-minister in charge of counter-intelligence operations.
It is believed that Mr Ma had links with Yu Li, the CEO of Founder Group, a technology conglomerate owned by Beijing University, which is now the target of the Chinese government also over alleged corruption.
Some relatives of the minister are under investigation as well, according to the South China Morning Post, for their involvement in irregular purchases for Founder Group.
The real estate company Beijing Zenith formally accused executives of Founder Group of using privileged information and embezzlement, after which Yu Li and other senior executives of the conglomerate were removed from their posts.
Mr Ma is yet another victim of the anti-corruption campaign launched by Chinese President Xi Jinping since coming to power in 2013, which has become the main challenge for his domestic policy.
The vice-minister of state security is the most high-ranking politician to have been detained for corruption since the arrest of the former security minister Zhou Yongkang in early December.

Among the “Tigers” (high-ranking politicians) under investigation are Xu Caihou, the vice president of the Central Military Commission, Xu Caihou, and Ling Jihua, the former secretary of former Chinese president Hu Jintao.
According to the South China Morning Post, Ling, arrested at the end of December, was also thought to be involved in the Founder Group case and could have links with Mr Ma.