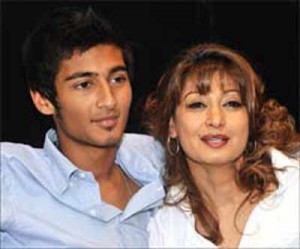 NEW DELHI : Shiv Menon, the son of Sunanda Pushkar Tharoor, the wife of Union minister Shashi Tharoor, today issued a statement in which he said his mother was too strong to commit suicide. He also says that he doesn’t believe Mr Tharoor was capable of harming her. Mrs Tharoor was found dead in a Delhi hotel on Friday.
Here’s the full text of Mr Menon’s statement: 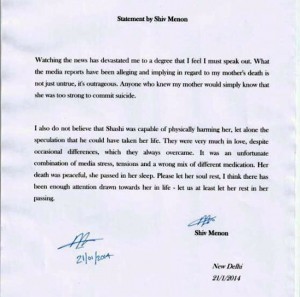