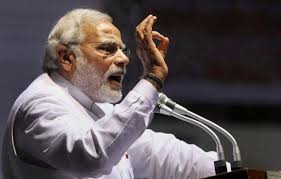 NEW DELHI : The roll-call of officials who are being asked by the new government to quit is expanding quickly. A series of governors of UPA pedigree have received phone calls suggesting they step down. Now, sources say, the Home Ministry has asked the eight members of the National Disaster Management Authority or NDMA to quit. The Prime Minister is the chairman of the NDMA.
Anil Goswami, Home Secretary, who phoned a series of governors soliciting their resignation has, yesterday, placed a similar call to the eight members of the NDMA, said sources.  The agency decides national guidelines for the response to earthquakes, floods, landslides and other natural disasters, and ensures that different union government departments as well as state governments know how to implement these.
This week, the government’s attempt to pink-slip governors including Sheila Dikshit has delivered two resignations – that of UP governor BL Joshi and Shekhar Dutt of Chhattisgarh.  A series of others, Ms Dikshit among them, are pushing back. The opposition Congress, which led the UPA coalition that was decimated by the BJP in the national election, says the new government is out of line. It cites a 2010 Supreme Court verdict which said a “change in government at Centre is not a ground for removal of governors holding office to make way for others favoured by the new government.”
Maharashtra Governor K Sankaranarayanan  said he got two calls from Union Home Secretary Anil Goswami last week, asking him to demit office. He said he had no objection to the Centre’s decision to replace Governors but objected to the manner in which the government was asking him to quit the constitutional post. “Union Home Secretary Anil Goswami asking  me twice last week,  to demit office. I didn’t reply to him nor expressed my views.
He said The Governor’s post is a constitutional post. He is a representative of the President of India. He is appointed by the President. No responsible person has asked me in writing to relieve the post,” the Governor told. he said “No position in a democracy is permanent. If an appropriate decision-making authority asks me to resign, I will definitely think over it.”