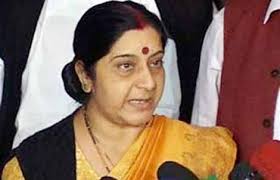 NEW DELHI : External Affairs Minister Sushma Swaraj on Thursday said that ‘all efforts are underway to rescue the 40 Indians kidnapped in Iraq.’“I’m personally supervising the efforts. Will leave no stone unturned to ensure rescue of our citizens,” she said. The government has confirmed that 40 Indian workers employed with a construction company, mostly belonging to Punjab, have been kidnapped near the seized town of Mosul in Iraq.
Meanwhile Parliamentary Affairs Minister M Venkaiah Naidu stressed that it does not want to complicate the issue by merely making statements. “We cannot speak on hypothetical questions. First of all, the priority is to get them back, to get them released. The government is working 24×7… Our effort is to see that they are released at the earliest. We are using all our channels to get them released,” Naidu said.
There is no information yet on the identity of the abductors, who have so far made no demands for the release of the Indians.The Indians, employees of Baghdad-based Tariq Noor al-Huda company, are among scores of foreign workers abducted over the past few days as Sunni rebel forces have overrun several towns and the large cities of Tikrit and Mosul.
While there are over 10,000 Indian nationals in Iraq, government officials said that around 100 are in a precarious situation due to the fighting. The Indian government is in touch with everyone in the combat zone, other than the kidnapped workers.