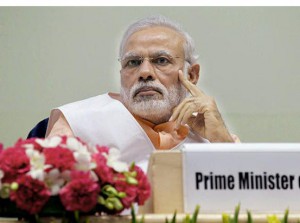 BEIJING : Prime Minister Narendra Modi is heading for China next week on a visit which he hopes would leave a powerful impact on Asia, by pooling in strengths of the world’s two largest developing countries.
In a string of messages on Sina Weibo, the Chinese equivalent of Twitter, the Prime Minister said that he was “certain” that his three day visit to China from May 14 would “strengthen stability, progress and prosperity in Asia”. The Prime Minister opened his Weibo account on Monday, which has evoked energetic responses — mostly laudatory, but also a significant number which question the status of Arunachal Pradesh.
Mr. Modi commences his visit from Xian, which is symbolically important as it is associated with Xuan Zang (Hieun Tsang), the Buddhist monk and traveller who had visited India, who has left an important record of interaction between China and India in the early Tang dynasty.
The ancient city — one of the four great ancient capitals of China — is also the starting point of the ancient Silk Road, and therefore central to Chinese President Xi Jinping’s Silk Road revival projects, which aim to integrate the economies of Eurasia.
“Warmly recall my conversations with President Xi Jinping and his invitation to visit Xian in his home province,” Mr. Modi said, referring to his conversations with the Chinese President during his visit to India in September last.
While details of the Prime Ministerial agenda have not yet been revealed, Liu Jinsong, a Deputy Director General in the Chinese foreign ministry said during preparations of the visit that the two countries should now look beyond their successful interaction in Information Technology, where India’s software advantages have complemented Chinese strengths in the hardware arena.
The official pointed out that China was good in “three areas such as high speed railway, nuclear power stations and electricity facilities.” He added that India could also partner Beijing’s rapidly developing aerospace industry.
Regarding the disputed border, Huang Xilian, who is the deputy director general for Asian affairs, and deals with India, pointed out that, “Strong leadership [in China and India] will obviously provide strong guidance to our relationship, including on negotiation of the boundary question
.” Analysts, however stress that reinforcement of measures that will keep the border calm continue to remain in focus. The resolution of the border row is expected to remain a time-consuming exercise, but a “framework” or a set of rules to that apply to different segments of the mountainous terrain has been reached during the previous rounds of boundary negotiations.
Signalling that the visit would have a strong economic content, the Prime Minister said that he was confident that his visit would “lay the foundation for further enhancing economic co-operation with China in a wide range of sectors”.
With India seeking Chinese investments, Mr. Modi stressed that he was looking forward “to meeting the captains of industry in Shanghai and sharing with them the wonderful opportunities India has to offer”.
The Prime Minister noted that that India and China were the world’s “two largest developing countries”— a perception that aligns well with the Chinese leadership, known for its advocacy for deepening engagement with the Global South through a string of new institutions , including the New Development Bank, which has been founded by the Brazil-Russia-India-China-South Africa (BRICS) grouping.