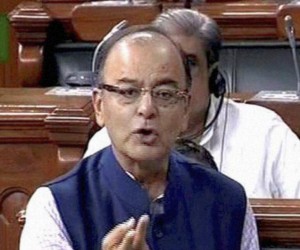 NEW DELHI : Revenues of States will not be hit in the long run after implementation of the Goods and Services Tax (GST), Finance Minister Arun Jaitley said on Tuesday.
“As tax rates during GST regime will be closely aligned to the revenue neutral rates (RNR) of the Centre and the States, revenues of the central and state governments will not be impacted in the long run,” he said in a written reply to a question in the Rajya Sabha.
RNR is the rate at which there will be no revenue loss to the States after GST implementation. The RNR for GST is under consideration and a final view on this would be taken by the GST Council.The GST Council will have Mr. Jaitley as its Chairman and comprise two-third of members from states and one-third from the Centre.
The Constitution Amendment Bill on GST was introduced in the Lok Sabha in December 2014. The Bill was taken up for consideration by the House on Tuesday.
GST will be the biggest indirect tax reform since 1947. A single rate GST will replace central excise, state VAT, entertainment tax, octroi, entry tax, luxury tax and purchase tax on goods and services to ensure seamless transfer of goods and services.
To address the concerns of states on account of transition to a new indirect tax regime, Mr. Jaitley said, the Centre has allowed states to levy 1 per cent additional tax on inter-state trade for a period of two years.
The Centre has also agreed to compensate the States for revenue loss arising out of GST implementation for a period which may extend up to five years, he added.Besides, petroleum and petroleum products would not come under the GST levy till a date recommended by the GST Council.
Once GST is implemented, the Centre and states will have concurrent power to levy tax on goods and service.
Meanwhile, The Congress on Tuesday supported Goods and Services Tax (GST) in Lok Sabha but opposed some of the provisions of the bill on it introduced by the BJP government, demanding that it be sent to the Parliamentary Standing Committee, which was supported by parties like AIADMK and BJD.

TMC said it was “broadly supporting” the bill while AIADMK said it was against it as Tamil Nadu ruled by it would lose over Rs 10000 crore due to the new tax structure.
Veerappa Moily (Cong), while initiating a debate on the Bill after Mr. Jaitley “beseeched” the opposition to help in its passage, said GST was revolutionary but he opposed some of its measures.
Mr. Jaitley rose to congratulate Moily over his support to GST. However, the Congress leader later made a strong plea to the government that it send the legislation to the Standing Committee for wider consultation.