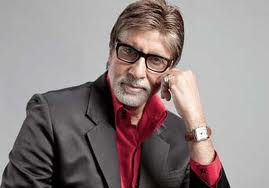 MUMBAI: For Amitabh Bachchan, who is entering the TV fiction space with Yudh, no proposition is safe. He says it’s a “gamble you have to take when you are in this field” and that “only the best content will succeed”.In 2000, when the superstar decided to descend upon the small screen as the host of Kaun Banega Crorepati, people were doubtful about his decision. But his risk paid off and over the years the game show’s popularity hasn’t diminished at all.
Now, once again his decision to act in a TV fiction series is raising questions.
When asked is it a safer preposition, he said: “Nothing is safe in this world. Whether you are doing little creative work or a little performance on stage, or doing cinema or any kind of art, how would you know what the result is going to be?” “We take sufficient precautions but at times we fail, at times we succeed. So this is a gamble that you have to take when you are in this field,” he added.
TV’s wide reach is well known and Mr Bachchan says that comparatively the turnover of the television industry is way higher than the movies. “My knowledge on this is limited. But all I know is that the turnover of TV in India is three times more than cinema, so approximately if the turnover of cinema is Rs 10,000 crore. In TV it’s about Rs 30,000 crore. The reach and effect of TV in India has just begun. Everyone criticised us for being too excessively populated, but it is that very factor, which is beneficial to us.”
“It’s the people who are running it. You have 300 million people watching it and it’s an enormous figure. There are an incredible amount of channels in this country. It needs to be given more importance and taken more seriously because it is very challenging. The one that has the best content will succeed,” he added.
Co-produced by Mr Bachchan’s production company Saraswati Creations and Endemol India, the show is likely to go on air in July. The show, where Big B will play the owner of a construction company, also stars Sarika and Kay Kay Menon among others.