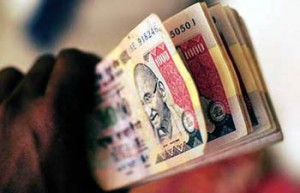 NEW DELHI: It is not possible to provide minimum monthly pension of Rs. 3,000 under the Employees’ Pension Scheme 1995 (EPS-95), run by retirement fund body EPFO, Parliament was informed on Wednesday.
“The EPS, 1995 being a contributory scheme, obligations of all payments are met from the assets of the fund. The higher level of minimum pension of at Rs. 3,000 is not possible without compromising the financial viability of the scheme,” Labour Minister Bandaru Dattatreya said in a written reply to Rajya Sabha.
In a separate reply, the Minister said “providing a minimum pension of Rs. 3,000 to lakhs of existing pensioners and crores of prospective pensioners has very huge financial implications and could jeopardize the existence of the pension fund itself.”The Minister added: “If the government’s share is increased from 1.16 per cent to 8.33 per cent, as recommended by the Committee, it would involve a substantial increase in the financial burden. It was estimated to involve Rs. 16,417 crore for the year 2013-2014 to implement this recommendation.”
According to the reply, the 147th Report of the Committee on Petitions, Rajya Sabha had recommended increasing the government’s share of contribution to EPS-95 from 1.16 per cent of the basic wages to 8.33 per cent to support the minimum pension level of Rs. 3,000 per month.
The Minister informed the House that EPFO is providing Rs. 1,000 minimum monthly pension under the scheme since September 1, 2014. It is benefiting around 20 lakh pensioners.There are around 47 lakh pensioners under the scheme run by the Employees’ Provident Fund Organisation (EPFO).