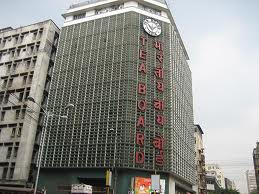 KOLKATA: Come August the Tea Board office just at a little backyard of Writers’ Buildings, would well enter nine-month in its history since 1954 without a chairman! Though there’s a Deputy Chairman and a top IAS officer appointed on a temporary basis, operating from Delhi, but Tea Board which has a wide-range of operational area – from global and domestic operations to monitor tea exports and promotions – thus happens to be headless with a difference.
“You cannot say that as an IAS officer appointed by Union Commerce Ministry even on temporary basis, is looking after its functions, though he may come once or twice or thrice in a month to Kolkata from Delhi,’’ said a top official.
But right now Tea Board story isn’t so easy or simple either! While insiders admit that “there’s talks about Subrata Gupta, a former managing director of West Bengal Industrial Development Corporation is set to step in as chairman, but there’s no confirmation yet whether he is really selected to head the Board.’’
The last chairman from Assam cardre was `removed’ over raging controversy of irregularities, though he launched a massive publicity campaign to improve tea export globally when (even now) slowdown hit it hard and pushed Indian export to an all time low.“The slowdown effects aren’t totally over with Sri Lanka having emerged as a major contender globally,’’ admitted a senior official.
In Bengal situation, barring Darjeeling tea gardens producing high quality rather expensive tea for domestic consumers, is rather grave.Recently there was a trail starvation deaths, but also in Dooars and Siliguri tea gardens are getting either sick or closed, “though under the Tea Act we cannot do anything much to help, in such developments however sad, but no doubt these developments are hitting the Indian tea scenario badly as far as our promotional operation is concerned.’’Thus not headless, but Tea Board is payin the price for absence of a real head