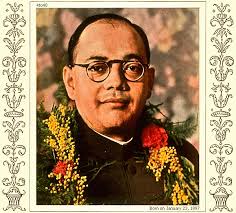 HYDERABAD: Though veteran freedom fighter Subhas Chandra Bose’s sudden disappearance and death is still shrouded in mystery, a set of files declassified by the Narendra Modi government on Tuesday have thrown enough indications that Netaji had survived the air crash in Taipei, then known as Formosa.
The files declassified by the Centre hint that the maverick leader may well have lived beyond 1945, according to a report in The Times of India published on Thursday.
One of the various files refers to three broadcasts made by Netaji, which came much after the crash on August 18, 1945.The content of these broadcasts are contained in File No 870/11/p/16/92/Pol from the Prime Minister’s Office.

The contents presumably came from the Governor House in Bengal because it is mentioned elsewhere in the same file that PC Kar, an official in the Governor’s House in Bengal when RG Casey was the governor, claimed that the monitoring service there had picked up these broadcasts on the 31-metre band.

A note was also placed before Casey in this regard.As per the records, the first broadcast was made on December 26, 1945, in which Subhas Chandra Bose said, “I am at present under the shelter of great World powers.
My heart is burning for India. I will go to India on the crest of a Third World War. It may come in ten years or even earlier. Then I will sit on judgement upon those trying my men at the Red Fort.”
In his second broadcast on January 1, 1946, Netaji said, “We must get freedom within two years. The British imperialism has broken down and it must concede independence to India. India will not be free by means of ‘non-violence’. But I am quite respectful to Mahatma Gandhi.”

The third broadcast was in February 1946. during which Netaji had said, “This is Subhas Chandra Bose speaking, Jai Hind. This is the third time I am addressing my Indian brothers and sisters after Japan’s surrender… The PM of England is going to send Mr Pethick Lawrence and two other members with no object in view other than letting the British imperialism a permanent settlement by all means to suck the blood of India.”
The declassified file also refers to a letter of July 22, 1946, from Khurshed Naoroji, one of the secretaries of Gandhiji, to Louis Fischer (in reply to his letter to the Mahatma) in which he said, “At heart, the Indian Army is sympathetic to the INA. If Bose comes with the help of Russia, neither Gandhiji nor Nehru nor the Congress will be able to reason with the country.”
The file also refers to the matter of Netaji allegedly dying in an air crash being taken up by the British government on October 25, 1945, with the PM of UK chairing the meet to consider, among other things, what to do with Bose in the post-war situation.
The British cabinet also discussed a confidential note sent by the Viceroy of India, Lord Wavell, regarding `finalisation of a policy towards Bose’.The file also mentions that Lord Mountbatten’s diary indicates that he received a despatch from the British directorate of military intelligence after the news of Bose’s death in the air crash was broadcast.

Mountbatten was then the supreme commander of the Allied forces in SE Asia. The message read, “When Bose was preparing to leave Burma by plane, the Chinese intercepted a message from the Japanese asking him to remain in Burma. Bose subsequently escaped to Thailand.”