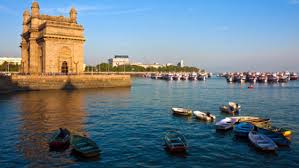 LONDON: Mumbai has emerged as the world’s least expensive city to live and work in, according to a latest real estate analysis.British capital London has overtaken Hong Kong as the most expensive city to rent living and working space, UK real estate major Savills said in its findings based on research in the world’s top 12 financial hubs.
London’s overall real estate costs grew in US dollar terms by an annualised rate of 10.6 percent in the first six months of the year, making it “the world’s most expensive city for companies to locate employees.”The annual cost per employee in London was put at USD 1, 20,568, with Mumbai at the bottom of the table at USD 29,742.Hong Kong is now at USD 1,15,717, New York and Paris are in third and fourth place with USD 1,07,782 and USD 1,05,550 respectively.Sydney came eighth at USD 63,630, Shanghai 10th at USD 43,171 and Rio 11th at USD 32,179.
“Despite its climb in the rankings from fifth to first place since 2008, London is still a way off the live/work accommodation costs record, set by Hong Kong in 2011 at USD 128,000 a year,” Savills said, adding that Hong Kong was still “by far the most expensive city” in which to buy residential property, with prices 40 percent higher than London although the gap was narrowing.
“Comparatively affordable” Rio and Sydney had seen significant increases in live/work costs since 2008 ? up 85 percent and 58 percent respectively but Savills said Rio still looked “highly competitive”.
Yolande Barnes, the company’s director of world research, said: “This year has seen much more modest real estate price growth in nearly all our world cities, and some have shown small falls.”We expect this subdued trend to continue as investor interest and market activity shifts to second-tier cities.