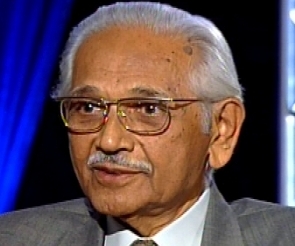 NEW DELHI : The family of Justice JS Verma, the architect of a report that became instrumental in shaping stronger anti-rape laws in the country, has refused to accept the Padma Bhushan award.
Justice Verma, who died in April, was awarded one of India’s highest civilian awards on the occasion of Republic Day.
But his wife Pushpa Verma wrote to President Pranab Mukherjee on Wednesday that “my family and I have decided not to accept” the award. She saying the family had never received any official communication; they found out from media reports that he was being given the posthumous honour.
“My late husband never hankered or lobbied for any acclaim, reward or favour,” Mrs Verma wrote in the letter. “We do not want to accept what we know Justice Verma himself would not have accepted. He will remain satisfied with being remembered as one of India’s most pre-eminent jurists…The greatest honour to him remains how he is held in the hearts and minds of his fellow countrymen, as a true friend not just to women or the youth, but to those most in need of one.”
The refusal, which comes as an embarrassment for the central government, is believed to be linked to the fact that the family had expected a higher honour, the Padma Vibhushan for the eminent jurist.
Justice Verma was appointed to head the three-member panel that prepared the blueprint of the new laws immediately after the fatal gangrape of a young medical student in a moving bus in Delhi, which jolted and outraged the nation.
The panel submitted a 630-page report in a record 29 days. The new anti-rape laws crowned a career full of important milestones in India’s legal system.