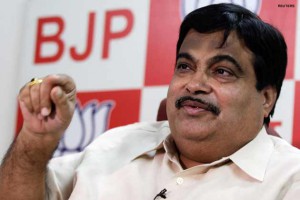 As per reports, the Congress MPs targeted senior NDA minister Nitin Gadkari over alleged financial irregularities by his Purti Group as soon as the Upper House resumed for normal business.
The Congress members pressed for Gadkari’s ouster from the NDA government citing the national auditor’s (CAG) report, which alleges financial irregularities by his Purti Group, in which Union Minister owns stakes.
However, Gadkari categorically denied any wrongdoing and said that he had repaid all loans andstressed that law will take its course if any irregularities foundSenior Congress leader Pramod Tiwari earlier said that he has given the notice in Rajya Sabha on the issue of Purti company, demanding a discussion in the wake of explosive CAG report.
“We will emphasize on this (Purti group) issue till the time Nitin Gadakri doesn’t give his resignation. It has been proved that Purti company of Gadkari was involved in the scam,” Pramod Tiwari said.
The proceedings in Rajya Sabha had been washed out on Friday following disruption over the report — with the united opposition demanding Gadkari’s removal.
The Lok Sabha has already passed a vital legislation to introduce the bill, rejecting the demand of the opposition for sending it to the Standing Committee .Being a Constitution Amendment Bill, it was passed by two thirds majority of the members present and voting.
\The Goods and Services Tax shall be implemented from April 1, 2016. It seeks to create a new indirect tax regime which will comprise various central and state levies. They include sales tax, excise and services tax except taxes on the supply of alcohol for human consumption and petroleum products.The whole process of indirect taxation in the country will change once the GST is implemented.