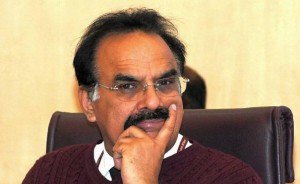 NEW DELHI : The top civil servant in the finance ministry, Finance Secretary Arvind Mayaram, has been transferred to the tourism ministry as part of the first major shuffle of bureaucrats since the Narendra Modi government took office in May this year.
Rajiv Mehrishi, a top bureaucrat from Rajasthan, a state that has pushed dramatic free market reforms in recent months, replaces Mr Mayaram, who had twin roles as both finance and economic affairs secretary and was appointed by the previous Congress-led UPA government.
In all, 20 bureaucrats have been moved, many at the level of secretary, the senior most rank in the country’s civil service.Secretaries in the finance ministry formulate and carry out policy, besides helping craft the annual budget in close association with the minister and advisers.

Over the past six months Rajasthan has introduced some of India’s most radical free-market labour, land and welfare reforms.