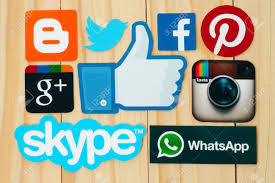 NEW DELHI: The Union Home Ministry had requested Internet companies like Facebook, Twitter, WhatsApp and Google to maintain servers in India to help get real time information about accounts, which spread mischievous and incendiary messages.
Almost two months after Home Minister Rajnath Singh waded into the Jawaharlal Nehru University row with terror link claims based on a fake Twitter handle of Lashkar-e-Taiba chief Hafiz Saeed (@HafeezSaeedJUD), Twitter is yet to respond to the government’s request for details of the handle. In February, the Home Ministry asked Twitter India for details of the account.
A senior official said the government was yet to get a reply from the micro-blogging site and unable to ascertain the person running the account. The official said this was one of many cases, in which the government faced problems in getting real time information about such accounts.

Twitter removed 39 accounts on requests from the government and the police in India from July 1 to December 31, 2015.This and other information is available in the company’s Transparency Report, to which the Twitter spokesperson directed , when it sought the company’s response.
Twitter is yet to respond to the government’s request for details of the fake handle of Lashkar-e-Taiba chief Hafiz Saeed (@HafeezSaeedJUD). “We have asked social media platforms like WhatsApp,
Twitter and Facebook and Gmail to base their servers here. In March, we had a meeting with the company representatives and U.S. government [officials] as all these companies are based in the U.S.,” said a senior government official. The official said these companies had expressed their inability to install servers in India owing to “financial constraints.”

“When we had a meeting with them, they told us that for them to install a server, they would have to register as an Indian company and hire more people. Most of these companies don’t do that,” said the official. Asked whether Twitter India was asked to install a server here, the spokesperson declined to comment. ( The Hindu)