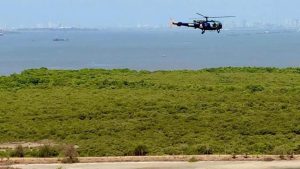 BHOPAL: The Madhya Pradesh Government on Tuesday decided to sell its Bell-430 helicopter which had crashed in 2002 at ₹ 2.57 crore to the highest bidder, an official said in Bhopal.  The helicopter, purchased in 1998, had crashed on February 21, 2002, in a field near Vijay Nagar in Indore while ferrying Bollywood singer Anuradha Paudwal to a government event.While Paudwal sustained minor injuries in the incident, an official accompanying her had been seriously injured.

The decision to sell the helicopter to the highest bidder who had given the offer of ₹ 2,57,17,777 in response to an e-tender was taken at a meeting of the cabinet chaired by Chief Minister Shivraj Singh Chouhan, said a government official. The helicopter was repaired after the crash.
After seven failed attempts at auctioning a helicopter worth ₹33 crores, the Madhya Pradesh government has sold the chopper to an aircraft scrap dealer for ₹2.57 crore, officials said. The helicopter, Bel 430 VT MPS, was purchased by the state government in 1998. The state aviation department was looking for a buyer for the past 10 years.
The government decided to sell it off as the manufacturing of Bell-430 helicopters has been stopped by the company and the chopper was unfit to fly, the official said. In the 2002 accident, Rajendra Singh Raghuvanshi, personal assistant to then chief minister Digvijaya Singh, has suffered serious injuries. Talking to PTI on Tuesday, Raghuvanshi said he was taking Paudwal to a government event near Biaora and then MP Congress chief Radhakishan Ma 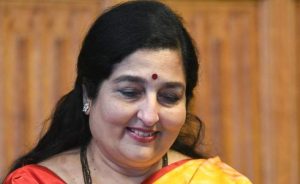 lviya was also on board when the helicopter crashed on the outskirts of Indore city.

In an auction which was opened on May 31, a company, FA Enterprises, owned by aviation scrap dealer and aircraft maintenance engineer Naim Raza, won the bid against the offset price of ₹2.24 crore, aviation department director Bharat Yadav said. Since the aircraft was not insured, the government did not receive any claim. It was subsequently repaired and in 2012, kept on sale as its manufacturer, Rolls Royce, had stopped producing its parts, the officials cited above said.
“We don’t see the qualification of the buyer. Two buyers made the bid and FA Enterprises won it. Had we failed this time too, it could have caused heavy loss to the government,” Yadav said. Naim Raza had purchased aircraft engines and other parts earlier too. Raza said the aircraft will be repaired and used for flying again. “My friend will get it repaired by the experts,” Raza said.
(With Agency Inputs).