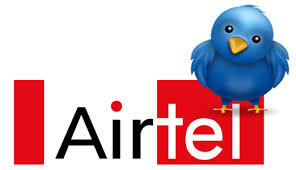 MUMBAI: Stating that the Internet is neutral and will continue to be so, a senior official from Bharti Airtel on Friday asserted that an operator has a right to maximise its revenue from customers.
“The Internet, I believe, was neutral, is neutral and will be neutral. There is absolutely no agenda, no direction, no industry force coming in way,” Bharti Airtel chief for strategy Shyam Mardikar said at an industry conference in Mumbai.
“But what we are confusing here is the concept of service neutrality to net neutrality,” he added in the comments which come amidst a growing debate over net neutrality, wherein a section of the society has been blaming telcos like Airtel, for violating rule of neutrality through attempts to charge for voice over Internet calls and also the recent move incentivising usage of only certain applications.
Mardikar cited the case of voice, saying, it has “nothing to do with the Internet” and “bypassing” regulations is not going to work as the law of the land, under which the telcos operate, is “sacrosanct”.
“We believe that in the guise of net neutrality if we’re starting things that suggest neutrality, then next step would be to abolish licensing regime, and get on a free for all,” he said, adding in such a case, there is no need for companies to pay high premia for spectrum.
In a veiled reference to the criticism on tie-up with application-makers, Mardikar suggested that we should let the market forces decide.
Charges for using a service is an issue which the company and the customer has to figure out, he said, pointing out that the average revenue per user are one of the lowest in the country and the companies need to figure out how to increase the same.
“Would it be voice only? Would it be voice plus data? Would it be voice plus data plus video or all three and three movies every weekend ? So I believe it is only a service portfolio which would be sold to the customer either by a telecom operator or anybody else but under the law of the land which is more sacrosanct,” he said.
The Sunil Mittal-led company had on Thursday defended the “Airtel Zero” plan, wherein it has tied-up with some applications providers so that consumers can use those for free.
Launched earlier this week, Airtel Zero is an open-marketing platform that allows customers to access a variety of mobile applications for free, with the data charges being paid by the applications.
However, many are opposed to this move, who say the service violated the principle of net neutrality as it offers access to some apps and not equally to all.
“First and most important point, Airtel Zero is ‘free’ for all our consumers and open to all marketers. Yes, open to all — big or small,” Bharti Airtel director for consumer business Srini Gopalan had told .
He had added that the company was seeing a “big and somewhat unrelated debate on net neutrality” with regard to the product. “While opinions from critics of the product are very welcome, it is pertinent that we set the record straight. Since we announced Airtel Zero on April 6, over 150 start-ups, with a majority being small start-ups – have contacted to enquire about the product,” he had said.