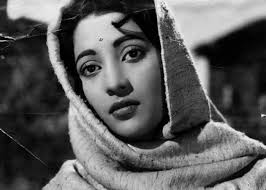 Kolkata: If Suchitra Sen’s life’s 83-year-old journey ended here this morning, it also ended her 36-year-old life of an isolated retired legend here this morning at 8.25 am following a massive cardiac arrest.
Sen, born as daughter of erstwhile East Pakistan’s Pavna District’s Dasgupta family, had been struggling with death since December 23 last year.
And Chief Minister Mamata Banerjee happened to be the only public figure to have been allowed into her self-chosen isolation while she ailed.
She paid tributes, saying not only for Bengal but for world cinema, “her death is a sad news, a genius like her is not born in years….’’
Sen, who hardly needs any introduction to Indian cinema watchers, began her first with unreleased movie in 1952 Sesh Kothai and ended her career with Pranay Pasha in 1978.
Then began her self-chosen 36 years isolation in her South Kolkata flat!
She with Uttam Kumar, another legend, introduced a romance as a new theme in Bengal’s legendary era and acted with an elan which so far remained unparalled land mark not only for Bengal but also to a point in Indian cinema!
A tribute came from an unexpected and unusual source, a veteran CPI leader, K Panda, a highly educated and pundit, former office secretary of A B Bardhan: “Such was the mystic charm of Suchitra’s eyes that most famous Bengali poet, (Jibananda Das most widely accepted poet after Rabindranath Tagore)…inspired Jibananda to compose his all time great mystic, spiritual love poem Banolata Sen!’’
Sen in all 26 years acted in 63 movies, almost all became box office hits, including seven Hindi movies, like Devdas with Dilip Kumar, Adhi with Sanjeev Kumar and came out as successful.
Her great movies Sapta Padi, Pathe Holo Deri, Agnipariksha, Satpak-e Bandha, Shap Mochan, Idrani, Harano Sur, Uttarphalguni, Sagorika and several others.
She also happened to be the first Indian lady who was awarded best actress in Moscow film festival in 1963 for Sat Pakhe Bandha with Uttam Kumar!
While list of her success would become long, but what made her unique was her choosing life of isolation after 1978 just a little before Uttam Kumar’s untimely death! As for example, she refused even Dadashaheb Phalke Award (pls check the spelling) in 2005 on grounds that she would have to come to public again! Such was her love for mysterious unexplained isolation and worship, she would at times visit Ramakrishna Mission!
A young girl from Pavna, Roma Dasgupta got married to Dibanath Sen, in 1947 in a rich Bengalee family in South Calcutta thus came to an end amidst sorrow and gripping sadness at a clinic this morning. Mahanayika survived by her daughter Moon Moon Sen, two granddaughters. She was cremated at Keoratal cremation ground here with gun salute just a few hours after her death.