MUMBAI: Eight passengers have died and 50 other injured after an engine and three coaches of Diva-Sawantwadi express derailed on Sunday morning near Nagothane in Raigarh. The mishap occurred at about 9.30 am between Nagothane and Roha stations just outside a tunnel. 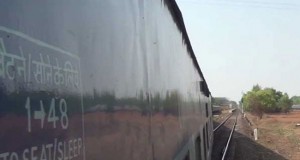 Rescue team have been rushed to the site of the mishap in Roha. Meanwhile, all services on the Konkan route have been suspended.
There were reports that a part of the train is stuck inside the tunnel, however, a railway official has said that the train passed the tunnel before the derailment.The sources near the site of accident said that the locals are assisting in the rescue operation.
The injured passengers have been rushed to a nearby hospital in Roha while the rescue operation are on to extricate bodies and the trapped passenger from the mangled bogies
.