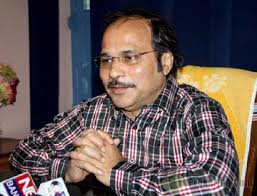 KOLKATA: Even as major party leaders began their poll campaigns in West Bengal, the state Congress leaders still grapples with uncertainty over its top leaders campaign tour schedules in the State.With no plans for any massive rally, no settlement with old party members with new state party chief Adhir Chowdhury and with absence of 10 Janpath’s tour schedules’ clearance of top leaders for Bengal yet, ailing Congress in Bengal seems being pushed to an endless grip of fruitless search for a real beginning before the poll stirs up heat and dust.
“Another major problem where we got stuck has been the organizational disputes with old party members and the new brigade now headed by Adhir Chowdhury,’’ summed up a senior Pradesh Congress leader who recently went out of organizational wriggles owing to despair.
And this is despite Congress general secretary Rahul Gandhi’s telling old timers that he “would still prefer the fighting spirit of Chowdhury over softer old party leaders in the state who cannot save Congress in West Bengal’’ recently over an internet chat!
“Though he did not tell us yet when he would begin his campaign tour here!’’ quipped a senior state Congress leader on the condition of anonymity, “So how we would face an aggressive Trinamool Congress which is blaming Congress- led UPA II for economic collapse, corruption and failure of the State Government?.’’
Incidentally, Trinamool Congress which kicked off South Bengal districts election tours today, made it clear that the party “wouldn’t compromise with the BJP or Congress, we’ll dominate next coalitions during Government formation in centre,’’ said Mukul Roy, TMC’s all India general secretary at party office here while issuing party’s another candidate list. “Our leader (Mamata Banerjee) doesn’t have to prove her credentials to anyone,’’ Roy added.
Apparently, though even old-timers feel “it is high time that internal problems must be kept aside, and all must begin party campaigns before it all gets too late,’’ but “absence of party’s top leaders not stepping in the campaigns, seems to have sent its unsettling effect on the state Congress workers.
“You see even CPI(M) state leaders agreed today that they would bring their campaign in Facebook, but our central leaders could not come out yet with any campaign plans for Bengal,’’ quipped a senior state Congress leader.