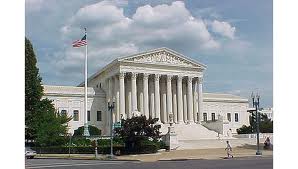 NEW YORK : A US federal court will hear March 19 a motion filed by India’s Congress party for dismissing of a human rights violation case relating to the 1984 anti-Sikh violence. Federal Judge Robert W. Sweet will hear the motion filed by the Congress Jan 17 before the US Federal Court of Southern District of New York.
The motion challenges the court’s jurisdiction, the legal standing of Sikhs for Justice (SFJ), a New York based human rights group, to file the case, and asserts that the statute of limitations has expired.
In support of its motion, the Congress has again submitted a 2012 declaration filed by party treasurer Motilal Vora claiming that the US Court summons have not been received by the party in accordance with the Hague Service Convention.
He has also denied any relationship between the Congress party of India and US-based Indian National Overseas Congress (INOC).
SFJ has been given time till Feb 17 to respond to Congress’s motion to dismiss, according to SFJ’s legal advisor Gurpatwant Singh Pannun. Pannun alleged that the Congress party has attempted to mislead the US Court by submitting a two-year old declaration by Vora which has already been disregarded by the US Court.
In its Sep 19 decision, the court has already ruled that Congress has been properly served under Hague Service Convention and granted permission to conduct jurisdictional discovery to unearth the connection between INC and INOC, he claimed.
To challenge Congress’s motion to dismiss, SFJ will submit evidence of most recent appointment of office bearers of INOC by Congress party officials, Pannun said.
In March 2011, the US Court had issued summons against the Congress party in a class action law suit filed under Alien Tort Statute (ATS) and Torture Victim Protection Act.