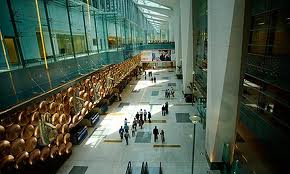 NEW DELHI : Parliamentarians believe that when they fly, they should be allowed to access the airport through a special entrance, pushed to the head of the line with priority check-ins, treated to freebie refreshments in first-class or priority lounges, and be assigned an airline representative to handle all their needs and escort them to the plane
Many of these privileges are granted already to MPs when they use the government’s Air India or Indian Airlines. MPs want private airlines to be coerced into extending the same favours. Their demand for khaas aadmi treatment comes at a time when Arvind Kejriwal and his Aam Aadmi Party (AAP) are drawing huge public support for eschewing the VIP privileges brazenly  exercised by politicians.
“To be demanding special privileges for ‘VIPs’ in this political atmosphere takes a special kind of disconnect with reality,” tweeted Jammu and Kashmir Chief Minister Omar Abdullah.
Civil Aviation Minister Ajit Singh said today that the MPs’ wish-list will not be granted; he also denied that private airlines had been instructed recently to confer these privileges to law-makers.
The request for the multitude of frills was allegedly discussed last month between a parliamentary commission and the civil aviation regulator or DGCA, who seemed inclined to grant the favours, according to sources.
But after this was reported on by the media, stirring public censure, the move was grounded, much to the relief of private airlines who would have been forced to transfer the costs incurred on the TLC for politicians to regular passengers.