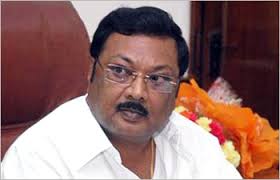 HENNAI: Expelled DMK leader MK Alagiri met his half-sister Kanimozhi on Thursday. The meeting comes just two days after he was expelled by his father M Karunanidhi from his party, the DMK.Karunanidhi said he had taken the action on disciplinarian grounds.
On Wednesday, Alagiri had met his ailing mother Dayalu Ammal while the DMK chief was away campaigning in the city.Alagiri has clarified that he will not be contesting elections this time. He, however, has indicated that he may float his own party after the elections.