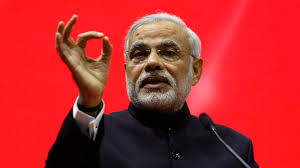 NEW DElHI : After the “nasty spat” between India and US over an Indian diplomat, the emergence of Narendra Modi, Bharatiya Janata Party’s prime ministerial candidate, may cause even more tension between them, according to Time magazine.
Indian diplomat Devyani Khobragade, whom US authorities charged with visa fraud involving her maid, has returned to India after being granted diplomatic immunity, the influential magazine noted in its upcoming Jan 27 issue.
“But don’t expect the relationship to rebound quickly,” Michael Crowley wrote suggesting “In fact, the atmosphere could soon become even more tense – over a far more prominent Indian also embroiled in a visa controversy.”
Suggesting that BJP “holds the edge” in the upcoming general election by May, he said that “If the BJP prevails, Modi will be India’s next Prime Minister.
“Yet he is persona non grata in the US,” he noted “because of his alleged role in a horrific episode of sectarian violence in February 2002.” ”Modi’s critics say he condoned or even encouraged the violence – accusations he stoutly denies and for which no Indian court has found him responsible,” Time noted.
In 2005, the State Department revoked Modi’s visa under an American law that bars a foreign official who “was responsible for or directly carried out … particularly severe violations of religious freedom,” Crowley recalled
“When Modi had no national profile, the restriction was inconsequential. But can Washington blacklist the leader of India?” he asked.
US policymakers are divided, he noted. “A resolution introduced in November in the US Congress calls on the State Department to continue denying Modi entry. It has attracted 43 congressional co-sponsors, including two Muslims.”
“Realists, and US business leaders wishing to capitalise on Modi’s openness to foreign investment, say his character should only be a footnote to Washington’s wider relations with New Delhi,” Crowley wrote.
“Should Modi win, the Obama Administration will be pressured by many at home and abroad to condemn his past and prevent him from visiting the US. But (President Barack) Obama has tended to subordinate principle to the national interest,” he suggested.
Noting that “Over the years, the US has done business with plenty of unsavoury leaders, in countries far less friendly than India,” Time said, “By revoking Modi’s visa, the US government has made clear its view of him and the Gujarat rampage.”
“But Washington’s ties with New Delhi are too important to be confined through that prism if Modi becomes PM,” it said, suggesting “Both countries need to step forward and not allow Modi’s past to push them back.”