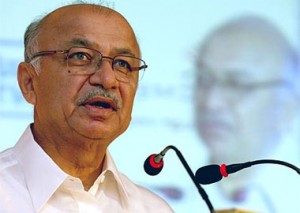 NEW DELHI : Stung by former home secretary RK Singh accusation that he shielded IPL fixer businessman close to underworld don Dawood Ibrahim and lied on that issue, union home minister Sushilkumar Shinde has chosen to keep mum and let his ministry and cabinet colleagues do the talking.
Coming to the rescue of Shinde, minister of state in the PMO, V Narayanasamy described him as  having impeccable integrity and blamed Singh for venting his ire because he was not offered a post-retirement job despite trying his best. “I could see he was expecting some kind of position in the government. Since it was not materialising, he is making allegations which are not true. This is very unfortunate. He was in government and had access to several documents… He is making these allegations without proof and changing his stand all the time,” Narayanasamy said.

External affairs minister Salman Khurshid, too, took on RK Singh and said, “The point is if Mr Shinde had a point of view, and he (R K Singh) disagreed, he should have made that disagreement known. Nobody can stop a legitimate investigation taking place. So Mr R K Singh must realise he is actually condemning himself every time he speaks.”

Shinde did not come to the office but unleashed his ministry to rebuke Singh, albeit off the record. The ministry hit back at Singh blaming him for botching up the Italian marines case by ordering it to be investigated by the NIA. “It was Singh’s decision to take away the Italian marines case from the Kerala police and hand it over to the NIA without looking into the intricacies of the case and international convention and see whether it was a fit case to be given under SU Act. This step created a big diplomatic row,” said sources in the ministry of home affairs (MHA).

Singh could not be reached for a response despite several attempts and sending SMSes. The ministry was also rife with rumours that a committee would be set up to re-examine the decisions taken by RK Singh in his capacity as home secretary that put the ministry in the dock.Official sources, however, did not confirm of the same. 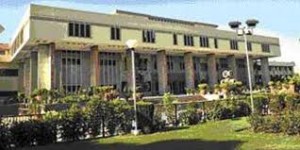 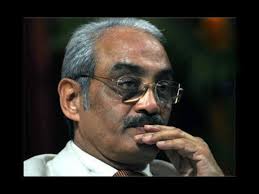