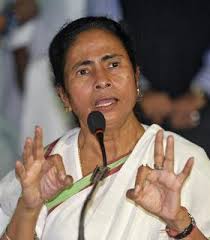 KOLKATA: With the by-elections results pouring in and carrying no greetings for the BJP, party’s central leadership at last plans to hit the iron `which is still somewhat red in West Bengal.’ State party sources told this writer that “most likely party’s new president and very close to Prime Minister Narendra Modi, Amit Shah would visit Bengal and party’s two-day meeting beginning here on 6th September. Sources said Shah had already received two road maps for restructuring the party in West Bengal. Incidentally, Arun Jaitley, who had had a face to face one hour meeting with Chief Minister Mamata Banerjee at new secretariat (and during talks Mamata ordered all her ministerial colleagues and party loyalists out) left a smoke of speculation behind. Jaitely, who understood that one-to-one meeting on “long-pending issues like moratorium on payment of interest on state’s debt would signal a different political messages both for the state party leaders and political observers,’’ however, began gunning against TMC Government from the next day and set the air of confrontation afoot once again. “During one-to-one talks both Banerjee and Jaitely talked about some issues about which Mamata wanted to keep party men off the line, and it became apparent,’’ observed a former state party veteran. Interestingly, despite Jaitely’s “gunning against Banerjee would hardly convince people with intelligence but I cannot speak about literate but dishonest,’’ said a political observer. And Amit Shah’s coming will be awaited by the city and the state which suddenly saw a swell in BJP’s votes rising to 17.2 percent during last LS elections. Yet what left state party leaders a little embarrassed has been the obstinate price line which both Mamata Banerjee and Narendra Modi’s Governments failed to tackle immediately on a war footing. “Lots of Left cardres and Congress workers are joining the BJP either for a future or for political security as TMC isn’t a different party than Stalinistic CPI(M) when it comes to opposition, but these left cardres and defecting Congress workers may not improve our image before people who are sick with Mamata Banerjee’s actor-actress brigade not educated enough to speak on important issues,’’ admitted an old timer in Bengal.