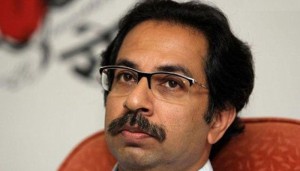 MUMBAI: Shiv Sena leaders Anil Desai and Subhash Desai, who arrived in Delhi Tuesday night for discussions with the Bharatiya Janata Party (BJP) over government formation in Maharashtra returned back to Mumbai on Wednesday morning.
Anil Desai, a Rajya Sabha member and Subhash Desai, another senior Sena leader, arrived in Delhi late in the night for discussions with the BJP leadership, sidelining its hardliner Sanjay Raut.
Media reports said that the Sena emissaries, who were supposed to meet Home Minister Rajnath Singh and BJP general secretary JP Nadda to deliberate on the issue of government formation left for Mumbai without meeting them.It is yet to be known as to why didn’t the meet between Sena and BJP leaders materialise.

Both BJP leaders are expected to visit Maharashtra after Diwali to discuss on the leadership issue and government formation.It is being learnt that the Shiv Sena has offered its support to the BJP to form government in the western state.Shedding its initial reservations, BJP yesterday signalled it could do business with estranged ally Shiv Sena
That the party has not closed the doors for Shiv Sena was evident from the remarks made by Finance Minister Arun Jaitley and Om Mathur, the party’s election incharge for Maharashtra. Keeping all its options open, Jaitley referred to the congratulatory telephone calls made by Sena chief Uddhav Thackeray to Prime Minister Narendra Modi, BJP president Amit Shah and some other leaders, saying that itself sends “signals” (of possibility of tie-up).
“…We have two proposals on hand. Sena has been a natural ally, NCP has announced unconditional support…For BJP and Sena to become allies in the Maharashtra government could be a matter of course but if there is some difficulty that arises, you also have unconditional offer as far as NCP is concerned,” he said
The BJP emerged as the single-largest party in Maharashtra, winning 122 seats in the 288-member Assembly. Shiv Sena won 63 seats, Congress 42, NCP 41, MNS 1 and Others 19.
The vote share of BJP in Maharashtra Assembly Elections doubled compared to that in 2009 to help catapult its tally from 46 to 122 seats in a five-cornered contest and it was also marginally higher than it got in the May Lok Sabha polls.
The BJP’s vote share in the just concluded polls was 27.8 percent that saw it emerge as the single largest party compared to 14.02 percent in 2009, according to Election Commission data. The BJP on its own was 23 seats short of a majority in an election marked by neck-and-neck contests.