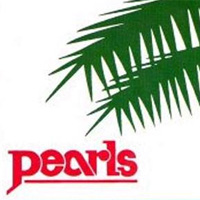 NEW DELHI : In its biggest-ever crackdown on a large-scale illicit money pooling scheme estimated at nearly Rs 50,000 crore, regulator Sebi on Friday ordered immediate closure of unauthorised collective investment schemes run by PACL Ltd and refund of investors’ money within three months.
Besides, the capital markets regulator also said it is initiating further proceedings against the company and its nine promoters and directors for fraudulent and unfair trade practices, as also for violation of Sebi’s CIS Regulations, among others, as per a direction from the Supreme Court.
As per Sebi’s 92-page order, the total amount mobilised by the company, “by its own admission” comes to a whopping Rs 49,100 crore and “this figure could have been even more if PACL would have provided the details of the funds mobilized during the period of April 1, 2012 to February 25, 2013”.The number of customers through which the money could have been collected is estimated at around 5.85 crore, which includes the customers who said to have been allotted land and who are yet to be allotted the land, Sebi said.
This is the biggest ever amount, as also the largest number of investors, so far involved in a case found to be unauthorised ‘collective investment scheme’ by regulator Sebi.Among others, PACL and its top executives, including Nirmal Singh Bhangoo, are being probed by CBI as well.Besides, this is is also one of the longest-running cases under the scanner of Sebi, which had first intimated PACL more than 16 years ago way back in February 1998, that it could “neither launch any new schemes nor continue raising funds under its existing schemes.”
While the company maintained that it was not running any illicit scheme and was in fact engaged in the business of sale and purchase of land, Sebi issued a notice in November 1999 to PACL, alleging that it “was operating CIS, wherein the funds of the investors were pooled and utilized towards the cost of land, registration expenses, developmental charges and other incidental expenses.”
The case later went to courts, while the Supreme Court passed an order in February last year directing Sebi to determine whether the business of PACL fell within the purview of CIS or not, and accordingly take further action in accordance with the law.Promoters and directors of PACL Ltd have been involved with Pearls Group and PGF Group, among others.
Accordingly, Sebi’s whole-time member Prashant Saran also has now ordered appropriate proceedings against PACL and its nine promoters and directors — namely Tarlochan Singh, Sukhdev Singh, Gurmeet Singh, Subrata Bhattacharya, Nirmal Singh Bhangoo, Tyger Joginder, Gurnam Singh, Anand Gurwant Singh and Uppal Devinder Kumar, as also other persons in default, for violations of various Sebi regulations.
With immediate effect, PACL along with its four promoters and directors — Tarlochan Singh, Sukhdev Singh, Gurmeet Singh, and Subrata Bhattacharya — have been asked to abstain from collecting any money from investors or launch or carry out any CIS scheme.
Besides, they have been also asked to wind up all the existing Collective Investment Schemes of PACL Ltd and refund the collected monies, with returns which are due to its investors as per the terms of offer, within three months.Thereafter within 15 days, they have been asked to submit a winding up and repayment report to Sebi, including the trail of funds claimed to be refunded, bank account statements indicating refund to the investors and receipt from the investors acknowledging such refunds.
Sebi has also asked them to immediately submit a complete and detailed inventory of the assets owned by PACL Limited, while they have been barred from alienating or disposing off or selling any of the assets of the company, except for the purpose of making refunds to investors.
If the company and its directors and promoters fail to comply with these directions, they would be barred from securities market and Sebi would make a reference to the State Government/Local Police to register a civil or criminal case against them “for offences of fraud, cheating, criminal breach of trust and misappropriation of public funds”.Sebi further said it would also make a reference to the Ministry of Corporate Affairs to initiate the process of winding up of PACL Limited, while it “shall also initiate attachment and recovery proceedings” in the event of failure to comply with its directions.