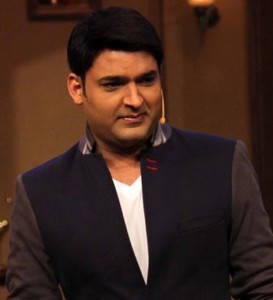 MUMBAI: The king of comedy, Kapil Sharma has had to face a lot of flak for his name getting involved in several controversies. Last he found himself embroiled in one, was with the Bhojpuri actor-producer Kamaal Rashid Khan on micro-blogging site Twitter. This time however, it is with another Khan, the famous `ek-number` man from Bigg Boss season 7, Ajaz Khan.
Earlier, Ajaz had expressed his displeasure over an episode that he shot for Kapil`s show, `Comedy Nights With Kapil`, which never got telecast on the channel. The news has again popped up in the media. According to a leading daily, Ajaz and Kapil came face-to-face at a music launch event, where the former spoke about how he feels cheated by the comedian and asked why his episode was not shown.
The video was shown in a news channel, following which the entire spat came out in public. In the video, Kapil is seen pacifying the actor, saying we will figure it out soon and it`s the channel`s call to air the episode, not mine. However, Ajaz refused to stop at that. Later, the two tried to resolve the issue by talking it out in a private space.Now, whether this public confrontation by Ajaz, would compel the channel to air his episode or not, remains to be seen.