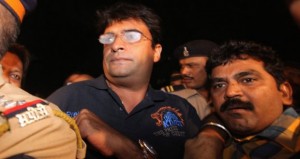 The Supreme Court will on Friday resume hearing on the findings of the Justice Mudgal Committee investigation into corruption in the lucrative Indian Premier League (IPL) tournament.The hearing is expected to start around 1 pm. A three-member inquiry panel, led by Justice Mukul Mudgal, submitted its findings in a sealed enveloped on 10 February. It is believed that the 170-page-report, with annexures running into more than 4000 pages, includes statements of players and officials associated with IPL
The committee’s report concluded that Gurunath Meiyappan, BCCI president N Srinivasan’s son-in-law, was the de facto owner of the Chennai Super Kings and that he had not only bet on the IPL, but also passed information on the matches to others. BCCI Raj Kundra, one of the co-owners of the Rajasthan Royals, was also investigated but the committee did not find conclusive evidence that he bet on IPL matches. It did, however, recommend further investigation into the allegations of Kundra.
Board of Cricket Control in India (BCCI), one of the respondents in the case, is expected to argue for the court not to bring the contents of the sealed envelope to the public domain considering the sensitive nature of the matter. The BCCI is also believed to have stated that revelation of such findings could potentially cause damage to the reputation of cricketers and the board. The BCCI itself appointed a two-member panel, comprising retired judges T Jayaram Chouta and R Balasubramanian, last July to investigate on the alleged claims of widespread corruption in IPL. But the penal had declared that there was no evidence of any wrongdoing on the part of Gurunath Meiyappan and Raj Kundra, the two who were also probed by the Mudgal panel.
The other two members of the Mudgal panel are additional solicitor general L Nageswara Rao and Assam Cricket Association member Nilay Dutta. It was set up by the Supreme Court in October last year to conduct an independent inquiry into the allegations of corruption against Gurunath and Raj Kundra, as well as betting and spot-fixing in IP