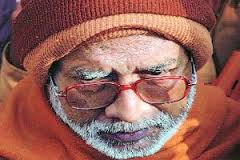 PANCHKULA : Seven years after Samjhauta Express blasts, a special NIA court on Friday framed murder, sedition and other charges against radical Hindu activist Swami Aseemanand and three others.
The chargesheet in the case was filed in 2011, four years after the blasts took place. Sections 120 (criminal conspiracy) read with 302 (murder), 307 (attempt to murder), 324 (voluntarily causing hurt by dangerous means), 327 (voluntarily causing hurt to extort property) and 124 A (sedition) of the IPC are among 18 offences the four accused have been charged with.
They will also be tried under various sections of Railways Act, Explosives Substances Act, Prevention Damage of Public Property Act and the Unlawful Activities (Prevention) Act, CBI counsel RK Handa said. Besides Aseemanand, the special NIA judge Gurbinder Kaur also framed charges against Lokesh Sharma, Rajinder Chaudhary and Kamal Chauhan.
Assemanand and other accused were booked by the NIA in the Samjhauta Express blast case in which 68 people, mostly Pakistanis, were killed near Panipat in February 2007.
Handa said that the trial would start on February 24. He added that the prosecution had also submitted a list of four witnesses, including the driver and guard of the train, who might be asked to depose before the court.
On June 20, 2011, NIA had filed the chargesheet against Aseemanand and others. In its chargesheet, NIA had submitted that Aseemanand was the mastermind of the blasts and instigated others to carry out the attack.
A functionary of the right wing Hindu outfit Abhinav Bharat, Aseemanand is named as the main accused by the NIA after the death of Sunil Joshi, the chief conspirator and executor of the blasts. Joshi was shot dead in Dewas in Madhya Pradesh on December 29, 2007. According to NIA, Aseemanand’s telephone number was found in the diary of Joshi under the ‘emergency numbers’ list, indicating their closeness.

February 18, 2007 | Bomb blasts in two coaches of the Samjhauta Express, a peace train running between Delhi and Lahore, kills 68 people at Diwana near Panipat
July 2010 | The Union ministry of home affairs hands over the probe to NIA
November 19, 2010 | CBI arrests Aseemanand from Haridwar in Uttarakhand
January 15, 2011 | Aseemanand allegedly confesses his involvement in the blasts before the magistrate
May 12, 2011 | Aseemanand submits before the special NIA court that statements taken by CBI in December and NIA court Panchkula in January were involuntary and extracted under duress
June 20, 2011 | NIA submits chargesheet against Aseemanand and others
February 12, 2012 | NIA arrests 28-year-old Kamal Chauhan, a resident of Indore, from Noida
February 14, 2012 | Chauhan confesses that he had planted bombs inside the train
January 24, 2014 | NIA court frames charges against Aseemanand and others