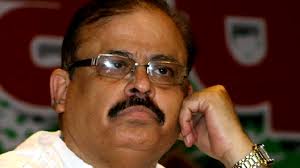 PATNA : Minister of State for Agriculture and Food Processing Tariq Anwar Sunday said Nationalist Congress Party (NCP) chief Sharad Pawar is not in the race for the prime minister’s (PM) post. “Pawar is not at all in the race for the PM’s post,” Anwar, NCP general secretary and considered close to Pawar, told media persons here
Anwar said Pawar has the capability and all the qualities required for the PM’s post and his experience in public life is second to none among all political leaders in the country. But, in parliamentary democracy, it is the number game that decides who becomes the prime minister.
“Pawar has everything in his favour except the numbers that is most important,” he said. Anwar downplayed senior Congress leader and Home Minister Sushilkumar Shinde’s statement Saturday that he would be happy to see his political mentor Pawar become the prime minister.