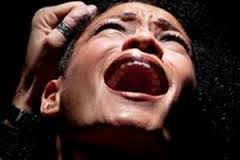 PATNA: Bihar has registered an increase in crimes against women last year as compared to the preceding period, while the state police has attributed the rise to the greater registration of cases during the present regime. Latest crime figures collected from the state police headquarters reveal that a total of 10,898 cases of crime against women were registered in the state last year till November.
The figure was 9,795 in 2012 and 8,141 in 2011. There has been a spike in cases of rape, kidnapping, sexual harassment and atrocities for dowry in the state during 2013 vis-a-vis 2012.Director General of Police Abhyanand, however, said that the increased number of such crimes was a result of greater registration of cases during the present regime.
He said the state police had been investigating the cases scientifically with the help of DNA method and other forensic laboratory tests. A total of 1,052 cases of rapes were recorded in Bihar till November 2013 against 927 the previous year. Similarly, there has been a hike in cases of kidnapping to 4,102 from 3,789 in 2012, sexual harassment at 299 vis-a-vis 118 in preceding year and atrocities for dowry at 4,316 registered cases as compared to 3,686 in 2012, as per the official data.
There was some decline in the cases of dowry deaths at 1,129 in 2013 against 1,275 in 2012. Crime against women has been on the rise despite the fact that women police station has been set up in all districts. The Nitish Kumar government has also announced reserving 35 per cent seats for women in recruitment in police at the level of constable upto sub inspector.