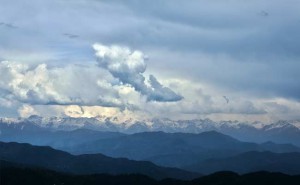 NEW DELHI: The Army has said it does not need Pakistan’s help in its efforts to find 10 soldiers missing since an enormous avalanche hit their post at the Siachen Glacier. The army says it does not expect to find the soldiers alive.
“It is a tragic event and we salute the soldiers who braved all challenges to guard our frontiers and made the ultimate sacrifice in the line of duty,”PM Modi also mourned the death of soldiers in a tweet saying, “Demise of soldiers in Siachen is very tragic. I salute the brave soldiers who gave their lives to the nation. Condolences to their families.”
General DS Hooda of the army’s Northern Command said in a statement.The soldiers were on duty at an army post on a glacier at an altitude of 519,600 feet when it was hit by the avalanche early yesterday.
Specialist army and air force teams searched for a second day at the site. A senior Pakistani commander offered his troops’ assistance on the phone to Director General of Military Operations Lt Gen Ranbir Singh. Thanking Pakistan for the offer, the army has said its own teams are already at work at the location of the avalanche.

The Siachen Glacier, located at the northern tip of Kashmir, is the highest and coldest battlefield in the world at an average altitude of 20,000 feet.