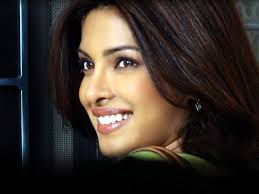 MUMBAI: Priyanka Chopra is slowly and steadily climbing up the success ladder internationally like no other. Sorry Aishwarya Rai, Priyanka has managed to do something which even you could not do with your miniature Hollywood stint, Cannes appearances or your international brand deals. Racing ahead of her contemporaries, PeeCee has created a brand of her own in the international market which is growing each day.
From winning the Miss World pageant to Quantico and now the Oscars, here’s taking a look at 5 times our Piggy Chops bowled everyone over and made India proud on a global platform!

Way back in 2000, Priyanka emerged as one of the most smashing faces in the fashion world. And effortlessly, she made her way to the international pageant and even triumphed over all the other nations. Crowned the Miss World 16 years back, there has been no looking back for the actress ever since and today, she stands tall as one of the biggest heroines we have today in India. As for her global recognition, the Miss World victory was just a stepping stone!

There have been a few actors who have been a part of American TV series and Hollywood films before Priyanka. She might not have been the first one to break the jynx but she’s definitely the one who’s crossed all boundaries and broken the stereotype on a larger scale today. Which stereotype?
That of Indian actors only being utilised for miniature cameos and special appearances. Anil Kapoor had one in the international version of 24, Aishwarya did a blink-and-you-miss-it role in Pink Panther 2 and Amitabh Bachchan was hardly there in The Great Gatsby.
It was only Irrfan Khan and Anupam Kher to name a few who managed to land up prominent roles in films or TV series in the West. Also, Nimrat Kaur played a pivotal part in the recently aired series Homeland. But it was Priyanka Chopra who became the first South Asian actress to lead an entire show and play the leading role.

Quantico which aired last year in September have been climbing up TRP charts and has been dubbed in as many as 44 languages across the world. The show has become an instant hit with the audience and the channel has decided to extend the series by another season. It wouldn’t be too much to say that PC definitely made India proud by signing a show of this calibre.
Nominated alongside stalwarts in the game like Jamie Lee Curtis, Emma Roberts and Lea Michele, the news of nomination in the same category was reason enough for Priyanka to jump with joy. But she did not just get nominated but even won the People’s Choice Award for the favourite actress in a new TV series for her stellar act as Alex Parrish in Quantico.
With that, PC also became the first South Asian actor to bag the coveted People’s Choice Awards and mark our words, this is just the beginning for more!
Deepika Padukone is all set to play an important role opposite Vin Diesel in XXX: The Return of Xander Cage. Her Bajirao Mastani co-star Priyanka too isn’t far behind. She has been roped in to play the lead in the first instalment of Baywatch which also stars Dwayne The Rock Johnson and Zac Effron.
While this will mark her maiden venture in Hollywood, Priyanka is expected turn heads as she plays the baddie in the adaptation of the much loved 90s TV series. And we’re sure she will do a fantastic job at essaying the villainous role. After all, remember Aitraaz?