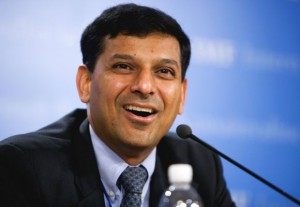 MUMBAI: The Reserve Bank of India (RBI) maintained a status quo in its sixth bi-monthly monetary review policy for year 2016 announced. Keeping the rates unchanged, the apex bank has kept its stance on the credit policy accommodation.
The Repo rate is the same at 6.75 per cent as in the last credit policy so is the cash reserve rate (CRR) at 4 per cent and the reverse repo rate at 5.75 percent. The RBI sees FY 16 growth at 7.4 per cent with downward bias and FY17 growth at 7.6 percent despite headwinds.

The bank sees inflation around 5 percent for FY 16-17 as a good monsoon next year could pull the inflation down. Inflation has evolved closely along the trajectory set by the monetary policy stance.
With unfavourable base effects on the ebb and benign prices of fruits and vegetables and crude oil, the January 2016 target of 6 per cent should be met. Going forward, under the assumption of a normal monsoon and the current level of international crude oil prices and exchange rates, inflation is expected to be inertial and be around 5 per cent by the end of fiscal 2016-17.
Vagaries in the spatial and temporal distribution of the monsoon and the impact of adverse geo-political events on commodity prices and financial markets add additional uncertainty to the baseline. The RBI will also create a special eco-system for start-up funding.

Reserve Bank of India Governor Raghuram Rajan said that current momentum of growth is reasonable, though below what should be expected over the medium term.The RBI Governor said this while addressing a press conference after announcing the sixth bimonthly monetary policy for 2015-16 in Mumbai. He stated that structural reforms in the forthcoming Budget will create more space for monetary policy to support growth.
Speaking further, the RBI Governor said that RBI has not yet factored in impact of implementation of the Seventh Pay Commission. He said that RBI will look through the aspects of the Pay Commission.
Dr Rajan also said that RBI has discussed a range of accounts and has given banks time to review accounts discussed in the meeting. He said that the ball is now in the banks’ court to act on the discussed accounts. He stated that banks have been encouraged to take a conservative approach.The RBI Governor said that the RBI is working with the government and banks to ensure that the stressed assets are identified.
According to a  reports, the Reserve Bank of India (RBI) has kept the rates unchanged and taken an accommodative stance on the credit policy. The Repo rate is the same at 6.75 per cent as in the last credit policy so is the cash reserve ratio (CRR) at 4 per cent and the reverse repo rate at 5.75 pc. RBI sees growth in FY 16 at 7.4 per cent with downward bias and growth in FY17 at 7.6 percent despite headwinds. The bank sees inflation around 5 percent by the end of FY 16-17.
Reserve Bank of India kept it policy rates unchanged on inflation concerns. Repo rate that is the interest rate at which the RBI provides liquidity to banks to tide over short-term liquidity mismatches is kept at 6.75 per cent.
The reverse repo rate under the Liquidity Adjustment Facility will remain unchanged at 5.75 per cent. Reverse repo rate is the rate at which RBI borrows money from commercial banks within the country.
It has also left the cash reserve ratio of scheduled banks unchanged at 4.0 per cent. Cash Reserve Ratio (CRR) is a specified minimum fraction of the total deposits of customers, which commercial banks have to hold as reserves either in cash or as deposits with the central bank. Marginal standing facility (MSF) rate and the Bank Rate that is rate at which RBI lends money to demotic banks kept at 7.75 per cent.