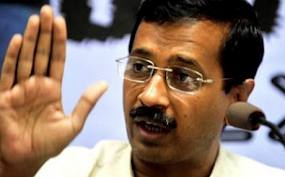 NEW DELHI : Facing criticism from opposition parties and rebel members, Delhi Chief Minister Arvind Kejriwal on Monday defended his government, saying that no other party had performed “as much as the AAP government” in the past one month.
“We are here to work for the people and not to ensure that we are in power,” he added, in what seemed like a rebuttal of accusations by rebel party members like Vinod Kumar Binny, who is on a dharna against the AAP government at Jantar Mantar.
Binny, who was expelled from AAP on grounds of indiscipline, on Monday met the Delhi Lieutenant Governor on Monday over the Somnath Bharti issue.
Addressing the media after the meeting, the Laxmi Nagar MLA said the L-G had assured that action on Delhi law Minister Somnath Bharti controversy will be taken and the guilty will be punished.
“AAP is doing nothing to resolve the corruption allegations against the previous Sheila Dikshit government. They had promised permanent jobs to teachers and ITI workers, but nothing is being done for them. I will meet the L-G today regarding that issue,” Binny said.
“It’s very unfortunate that a party can expel their MLA when he brings to attention the worries of the people. AAP is trying to force the government to fall so they can escape the promises they made. But I will continue to vote on important topics and on what the people need,” Binny added.
The AAP expelled Binny on Sunday evening and announced the decision in a press release. The AAP statement said a disciplinary panel had decided to expel Binny for making false statements against the party and its leadership.
The party has been claiming that Binny voiced his criticism against Kejriwal and others simply because he was not given a cabinet berth. The AAP is now left with only 27 MLAs in the Delhi Assembly.