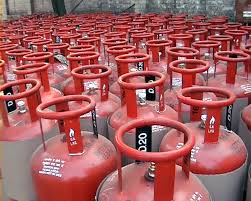 NEW DELHI : Beginning today, LPG consumers in 54 districts of 11 states will start getting cash subsidy so that they can buy the cooking fuel at market price.
The ambitious plan, launched by the previous UPA government in June 2013 but abruptly stopped earlier this year following court orders, has been modified to exclude the requirement of unique identification number (Aadhaar) for availing the cash subsidy.
“The Direct Benefit Transfer for LPG (DBTL) scheme was launched on June 1, 2013 and finally covered 291 districts. It required the consumer to mandatorily have an Aadhaar number for availing LPG subsidy.
“The government has comprehensively reviewed the scheme and after examining the difficulties faced by the consumer substantively modified the scheme prior to launch. The modified DBTL scheme is being re-launched in 54 districts on November 15 in the 1st Phase and in the rest of the country on January 1, 2015,” an official statement said.
Under the scheme, LPG consumers will get cash subsidy in their bank accounts so they can buy a cooking gas cylinder at market price.Cash equivalent to the difference between the current subsidised rate and the market price is transferred to the bank account of a consumer the moment he or she makes the first booking for a cylinder after joining the scheme.
After the consumer takes delivery of the cylinder, another advance cash subsidy is transferred to the bank account.”Consumers who had joined the scheme earlier and had received cash subsidy in their bank accounts do not need to do anything further. To confirm this, they should check their CTC (cash transfer compliant) status on www.MyLPG.In,” it said.
The statement said consumers who do not have Aadhaar number can receive cash directly in their bank account without producing Aadhaar. “However, as and when they get Aadhaar they may have to shift to Aadhaar based cash transfer.”

“Consumers who are not CTC will get a three month grace period during which they will receive the cylinders at subsidised rate. After the grace period, they will get an additional period of 3 month as Parking Period. During the Parking Period they will have to buy cylinders at the market rate. If the consumer joins the scheme within the Parking Period, the subsidy as per entitlement and consumption during Parking Period will be transferred to his bank account,” it said.
DBTL is designed to ensure that the subsidy meant for the genuine domestic customer reaches them directly and is not diverted. Government is looking at saving Rs 10,000 crore in subsidy by curbing diversions and pilferages.
In the 54 districts covering 11 states, the scheme will cover 2.33 crore households. Currently, the Aadhaar generation level is 95 per cent in these districts.
“The customers who have already given Aadhaar number to the LPG distributor but not to the bank are requested to link their Aadhaar numbers with their banks immediately. The balance LPG consumers who have not given their Aadhaar number to LPG distributor or to Banks must give their
Aadhaar number to both if they have it,” the statement said.Under the scheme, consumers will now receive SMS at every stage of enrollment in the scheme.